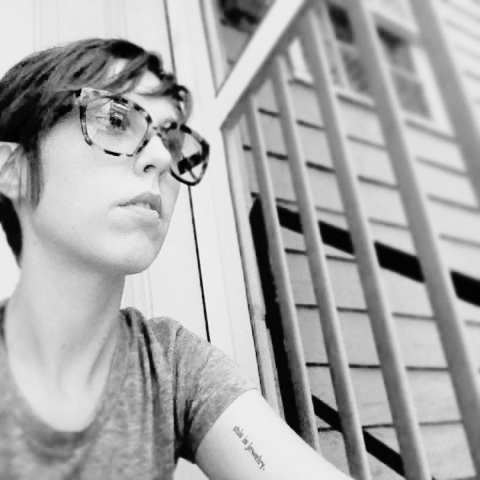 The relational function of jewelry is the primary function of jewelry. To be ‘relational’ can only be understood in terms of the connected interactions between individuals or groups of people. Jewelry goes beyond its mere physical form. In this context form takes on a different connotation and becomes a relationship between individuals around an object. Jewelry is a vehicle and the objects themselves become the language for an encounter to occur.

When discussing the function of jewelry, jewelry should not only be assessed aesthetically as object. It should be considered in terms of the relationships it establishes through these encounters.

Within my own studio practice the notion of a dialogue is paramount, even if it is often only my own work and a camera (the ‘other’). Werner Heisenberg wrote in 1958, “We have to remember that what we observe is not nature herself, but nature exposed to our method of questioning. […] One must never forget that in the drama of existence we are ourselves both players and spectators.” The never-ending cycle of creating and questioning is my driving concept. The act of making is not a means to an end, but instead is a constant, on-going practice of a larger whole. One piece is not simply born of a single concept or aesthetic ideal and then constructed and concluded. Instead, I make forms that exist in a continuous state of flux.

The entire ‘life-cycle’ of one of these pieces may be weeks or months and I work on many projects simultaneously. Parts marred or scratched are not discarded as mistakes, but instead selected for their artifacts of process. The resulting formal qualities (form, texture, finish, etcetera) have arisen out of the inherent characteristics of the material, techniques, and processes. I document through photography (or other forms of mechanical image reproduction) the stages of change. This allows me to reassess the three-dimensional as two-dimensional before dismantling or remaking and I can experience my work as both player and spectator. I have increasingly become interested in other forms of mimetic technology, beyond the camera and photocopier, and my naive flirtation with technological apparata. I become a copyist. This act becomes a dialogue.

Our practice is a collective enunciation, even when there is only one (we are always the group) […] Always dissent and affirmation. Our practice is the precursor of that specifically immanent utopia to come, an exemplar of a new world that is already contained within this one. Our practice is a future fragment projected backwards in time. –  Simon O’Sullivan “Fiction: Manifesto for A Future Art Practice”

My work exists as a discussion of and about process; metal fabrication is only part of the ongoing discourse. Through the lens of photography, digital reproduction, and the photocopying of my work created in metal, I have explored and continue to explore concepts of authenticity and aura, value, degradation, and entropy. In my newer work I am exploring the nature of the encounter and the collective, as well as the inherently collaborative nature of jewelry, by directly working with other artists and referencing the viewer.  I am open to new directions and let the process dictate which direction to go. I am captivated by what is lost, what is gained, and what changes with every development within the process. The form is no longer the object(s) presented, but the relationships between each step.

My work must be made in metal, most often fine metals, because this material has an intrinsic value that is not lost once the form has been altered. Jewelry is an occurrence difficult to define because it carries a separate, adopted value. This value exists on the body, in the jewelry box, in a photograph, in memory; it is instilled and impressed by the wearer, viewer, and artist. ‘At what point is jewelry most heavy with meaning?’ is no longer the right question to ask because it fails to understand the true interconnectedness of humans with body adornment and jewelry. The relational function of jewelry is the primary function of jewelry, and the resulting form is defined by our encounters with these objects. The raison d’être of jewelry is not its relation to the corpus. It is rather our collective, holistic relationship with body adornment.

Jennifer Lee Hallsey grew up in central Maine. She graduated from the Savannah College of Art & Design in 2005 with a BFA in painting and a minor in art history. In 2002 she went abroad to the École des Arts-Lacoste in southern France. From 2005-06 she took courses in philosophy and ecology at the College of the Atlantic in Bar Harbor, Maine. Jennifer began working as a studio assistant for a jewelry designer while working on her BFA. In 2007 she began making and selling her own work full-time. After nearly ten years working in the jewelry field, in June of 2013 she returned to her alma mater, SCAD, to earn a Master of Arts in jewelry and objects.  She is continuing on as an MFA candidate with a focus on jewelry and education.  Jennifer currently lives, works, and studies in Savannah, Georgia.